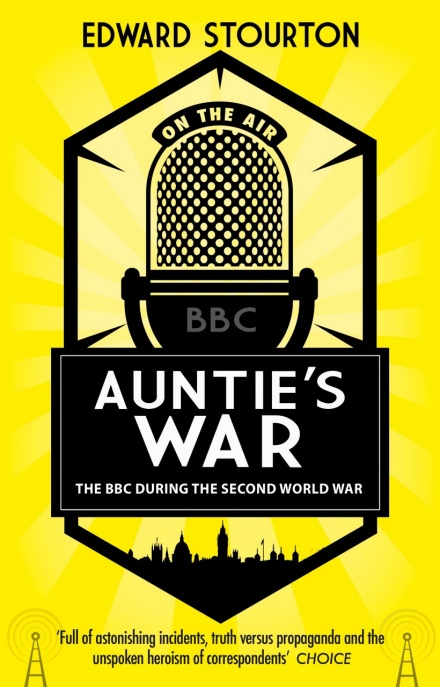 The British Broadcasting Corporation is an institution unlike any other and its story during the Second World War is intrinsically linked to the nation’s story. Auntie’s War paints a portrait of a beloved public service at a critical time. Full of astonishing, little-known incidents and a cast of brilliant characters from Whitehall warriors to Churchill himself, broadcaster and presenter Edward Stourton offers a unique portrayal of the British in wartime and an incomparable insight into why we have the broadcasting culture we do today.

Edward Stourton has worked in broadcasting for 38 years, and regularly presents BBC Radio Four programmes such as The World at One, The World This Weekend and Analysis.

Chaired by Ann MacMillan, who was one of the first female television news correspondents in Canada. She moved to the UK in 1976 after marrying BBC journalist Peter Snow and worked for the London Bureau of the Canadian Broadcasting Corporation until her retirement in 2013. She and her husband co-authored War Stories: Gripping Tales of Courage, Cunning and Compassion published by John Murray in 2017.