Playwright Bryony Lavery talks to OT Literary Associate Guy Jones about her 2004 play Last Easter, which receives its London premiere at the OT from 3 July. 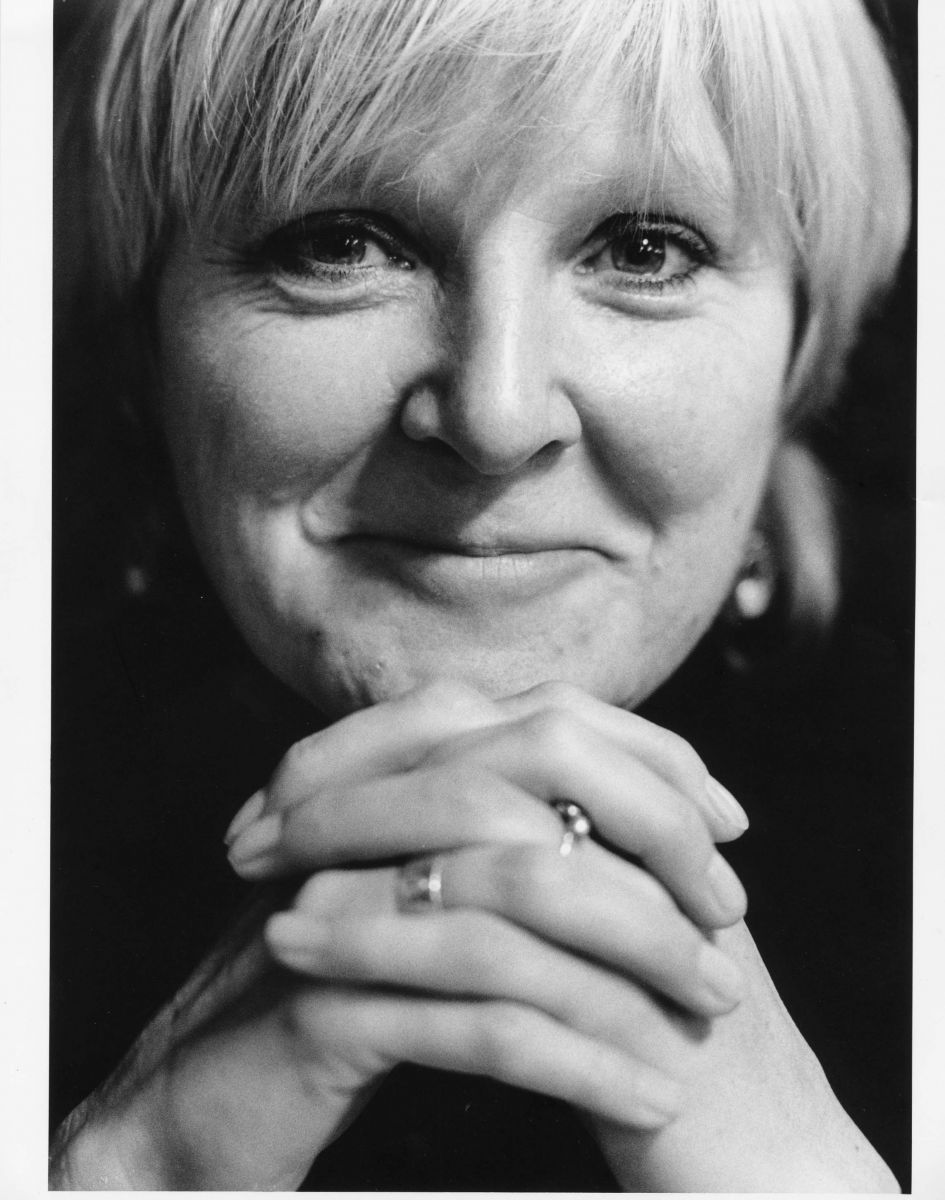 For the stage Bryony Lavery’s work includes the internationally critically acclaimed Frozen as well as Stockholm, Kursk, Dirt and Beautiful Burnout. Last year her adaptation of David Walliams’ The Midnight Gang was presented at Chichester Festival Theatre where her previous adaptations The Hundred and One Dalmatians and A Christmas Carol were also seen.

Note: plot points of the play are discussed.

GJ: Tell me how Last Easter came about.
BL: The first people to do it were Manhattan Classic Company. They had done my play Frozen, off Broadway and then on Broadway. Doug Hughes, who directed Frozen directed it with a brilliant American cast. We were anything but a critical success, but our audiences loved it. And then some years later Douglas Hodge read and loved Last Easter and came to my house and said, ‘Can we read it together in your kitchen?’. So I got to do a table read with Douglas Hodge! It had a fantastic cast: Peter Polycarpou, Janet Dibley, Christine Kavanagh and Caroline Faber.

GJ: And how did you arrive on the subject matter?
BL: I had a group of friends in my cabaret group “The Wandworth Warmers”. One of them, Sally Greenwood, got breast cancer from which she died. And the way that her friends [all actors] looked after her, and saw her through to the end inspired me. It’s a tribute to them. Their kind hearts and indefatigable friendship.

Also, I went to Lourdes with another group of friends while we were staying nearby. Honestly, it’s one of the most terrible places I’ve ever been. I thought ”this is the last place where miracles would happen.” It’s part of my ongoing fight with and interest in religion. Lourdes seemed to me all about hopeless wishes for oneself and one’s doomed loved ones.

GJ: And what is your attitude to religion now?
BL: I find it endlessly fascinating and baffling and annoying.  I have a deep kind of fight against it as a grown up. I was sent as a kid to Sunday school and church, and some of it must have seeped in, and I do find that I’m often exploring it: it’s a wonderful world of Pain and Inconsistency and Prejudice for me. Also Goodness and Miracles. The play is uncomplicatedly completely affectionate about the goodness of humans.

GJ: And the play also touches on assisted suicide.
BL: I’m completely in favour of assisted suicide while also aware of its dangers. It doesn’t really impinge on me, because I’m absolutely convinced that I’m immortal. But should things change? It’s certainly going to be on my agenda.

GJ: The play is so exuberant, it’s about eking out the most you can possibly get out of the time that you’re given. Did you set out to write a comedy?
BL: Humour is one of my favourite sword and shield against the world. It’s not inappropriate: I’ve had some of the best laughs in bits of funerals and because humans are incredibly funny. That’s the answer. Under all those all characters, they are using irony and good and bad jokes to keep despair and grief at bay.

GJ: Are the characters drawn from that group of friends?
BL: No. They’re characters in a play so they are conscious constructs who hopefully feel like real people. They seemed like a group of characters who would work together and bat off each other. I do know a lot of gay men who use Camp to offset pain, also people who are as terrible as Joy in their excesses! I know how they function.  It’s our world, isn’t it? 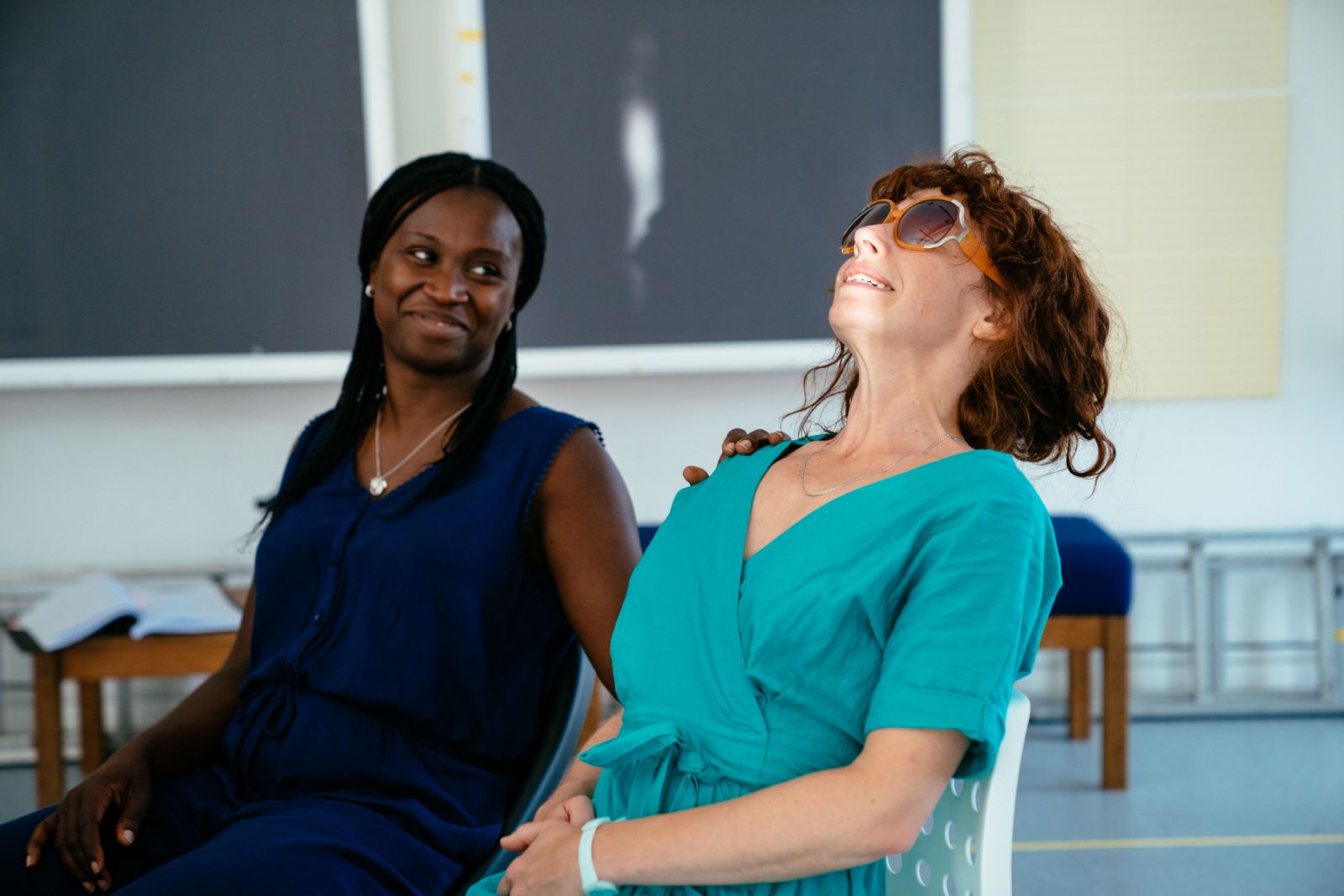 GJ: And they have the theatre running through their veins. It’s about people who make theatre making do in a crisis.
BL: I wanted to write a sort of “work environment” play. I just liked the idea of them having to make do with whatever props they were making. It’s a world I know, well, and I thought why not? After Frozen, which was about serial murderers, who are not part of my world.  I really had first -hand knowledge of this world. So it was a bit of a romp in the park for me.

GJ: The play has a very distinctive style. And you set the team that are making the play some challenges. The first stage direction is “The lighting is wonderful beyond belief”. Are you throwing down the gauntlet to your colleagues with this stage direction?
BL: Absolutely! I think it’s the first time I put ‘the lighting is beyond belief’.  Because it is about June, who is a lighting designer! Now I put it at the beginning of all my texts, and have done “ditto Soundscape” all the time because if you don’t ask for it, you might not get it.

GJ: There’s a sort of fluidity between monologue, direct address and dialogue. How much of a choice is this style?
BL: I think it’s theatrical. Also the survivors are telling a shared story to us. I do find the notion of the fourth wall perplexing sometimes - we’re always in the room, so why not engage? It’s sort of slightly rude if you’re not. And I came from poor theatre. I can’t always have a car. And I know from every time I’ve tried to get a real dog in something that you can’t have a real dog because it’s too expensive. People always promise you a real dog. But you’ll never, ever get a real dog. Trust me.

GJ: I’m curious to know what it feels like to have a phone call from the Orange Tree saying we’d like to go back to this play that you wrote fifteen or more years ago.
BL: It’s a complete delight. I love this play. (I love all my plays, no favourites!) It was also just a huge surprise because you always think ‘it’s such a long time ago’. You wonder if things cease to be important or current. I’m delighted and deeply interested to see how it resounds with an audience.

GJ: And have you thought about what it might feel like watching it during the pandemic?
BL: I hadn’t thought about that. But  the play is about the idea of miracles happening for people who get ill. So that’s really going to be interesting. And unnerving.  The pandemic has, of course, made everything even more difficult for current cancer patients.

GJ: How has pandemic affected your work as a writer, practically and creatively?
BL: When the first lockdown occurred, we were two weeks into Ramps on the Moon and Leeds Playhouse’s production of Oliver Twist. So suddenly, everything closed down. All my scheduled productions were shelved. So it meant I just did much more writing locked up in my house. My agent said ‘the lockdown isn’t just so you can get up to date with your Commissions’. But that did happen.

The other thing that happened was that I could take my time on everything. And I could also do things on spec.  I’ve ticked off about twenty things. And I’ve been offered interesting new work. But it gave me pause, you know. I did catch Covid in the end. It’s horrible. I didn’t have to go to hospital, which I would have hated. I think that really would have scared me. But getting Covid actually made me less scared of it.

Last Easter is at the Orange Tree Theatre from 3 July to 7 August 2021. BOOK TICKETS