LISTEN to a podcast with playwrights Brad Birch and Elinor Cook

A NEW PLAY BY ELINOR COOK

"One of the purest and most honest depictions of lifelong friends to ever grace the stage." Broadway Baby

Lorna and Grace do everything together. They share crisps, cigarettes and crushes. That’s what happens when you’re best friends forever.

But when Lorna gets a place at University, and Grace gets pregnant, they suddenly find themselves in starkly different worlds. Can anything bridge the gap between them?

A tale of friendship, love and rivalry over thirty years from award-winning playwright Elinor Cook, winner of the George Devine Award 2013 for Most Promising Playwright. She adapted Mac Barnett’s Extra Yarn for the Orange Tree in 2016 and her critically acclaimed new version of Ibsen’s The Lady from the Sea recently premiered at the Donmar Warehouse.

A NEW PLAY BY BRAD BIRCH

“This tightly written psychological thriller… keeps you guessing right to the end.” The Times

Rebecca and Paul are running away. Away from memories and mistakes.

They’re trying to save their relationship. They need time and space. An isolated house in the country is the perfect place to work things out. They set themselves rules: they have to be honest, they have to listen and they have to be fair.

But you can’t run forever. Especially when you’re being followed.

Black Mountain is a tense psychological thriller about betrayal and forgiveness by winner of the Harold Pinter Commission Brad Birch. His play The Brink had its world premiere at the Orange Tree in 2016.

How To Be A Kid

“A fast-paced comedic romp… lives that are turned around through communication, hope and love.” The Scotsman

“this heart-warming story is sensitive, uplifting and great fun. This is storytelling at its finest.” British Theatre Guide

Molly cooks. Molly does the dishes. Molly gets her little brother Joe ready for school. Molly is only 12, but she doesn’t feel much like a kid anymore.

Now Molly’s Mum is feeling better, maybe things will get back to normal. Can you help Molly learn how to be a kid again?

Join Molly, Joe and her Nan for a larger than life story of family, friends and fitting in. 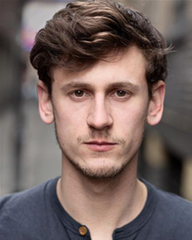 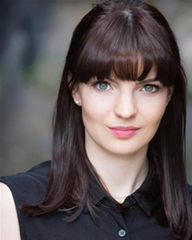 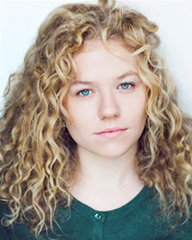