â??â??â??â?? "Compelling... Feels just as relevant, and resonant, for our times... The politics of colourism fuel the power play between them... McMullen and Ssebandeke both give striking performances... Under Matthew Xia’s deft direction." Arifa Akbar, The Guardian

â??â??â??â?? “Athol Fugard has a genius for marrying the epic and the intimate… Beautifully acted — tender and bruising… fiercely focused and devastatingly effective.” Sam Marlowe, The Times

â??â??â??â?? “Matthew Xia, who directed Fugard’s Sizwe Banzi is Dead at the Young Vic in 2014, demonstrates an assured grasp of the play’s harsh, bruising tone, set against sound designer Xana’s unnerving, rasping aural landscape. The production cultivates a grinding sense of catastrophe... As Zach and Morrie, Ssebandeke and McMullen – the only actors on stage throughout the play – have gripping chemistry as brothers who are mismatched by circumstance and temperament… Xia’s staging exerts a real, raw power as it shades in Fugard’s fierce portrayal of an overwhelmingly brutalising environment.” Tom Wicker, Time Out

â??â??â??â?? “It is masterful how Fugard orchestrates the brothers’ dynamics throughout, performed excellently by McMullen and Ssebandeke.” Franciska Ery, A Younger Theatre

â??â??â??â?? “It is hard to imagine a venue more suited to this play than the Orange Tree. Director Matthew Xia’s production is taut, claustrophobic and highly atmospheric.” Stephen Bates, The Reviews Hub

â??â??â??â?? “The performances from the two protagonists are simply superb… I was totally gripped from beginning to end.” John Groves, LondonTheatre1 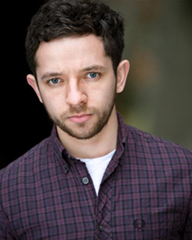 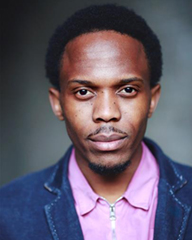