Q and A with Lori Hopkins, Puppetry Director for PINOCCHIO

Lori Hopkins speaks about creating unique puppets for our upcoming production of PINOCCHIO, and what's special about this new version 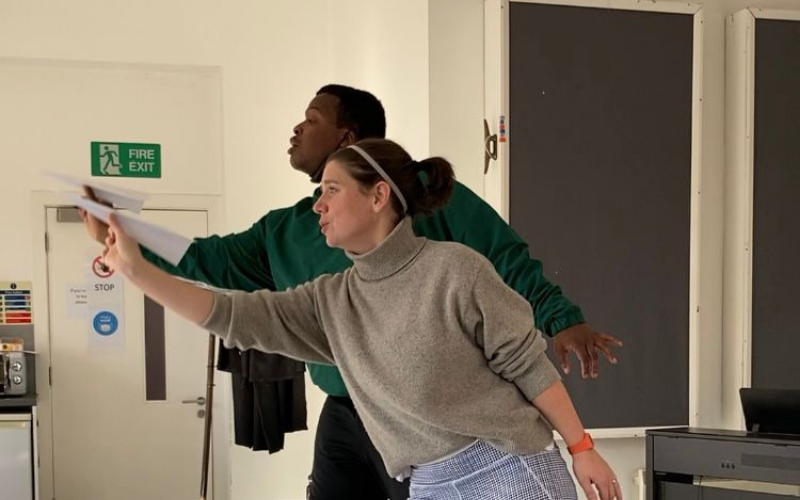 Tell us about this new version of Pinocchio. How is it different to other versions of Pinocchio people might have seen before?
This new production of Pinocchio has loads of exciting new elements including paper planes, a snowball fight and even a dinosaur! There are lots of special interactive surprises to keep the audience on the edge of their seats.

You’re puppetry director for Pinocchio – what kinds of puppets will audiences be able to see and experience?
Liam Shea, our director, has been inspired by paper and origami for some of the aesthetic choices in the production. So there are various puppets built to look like folded paper. At the start of the story the lead character Hugo is encouraged by his Mum to make a friend out of paper to keep him company during lockdown and from then on in nothing is what it seems. 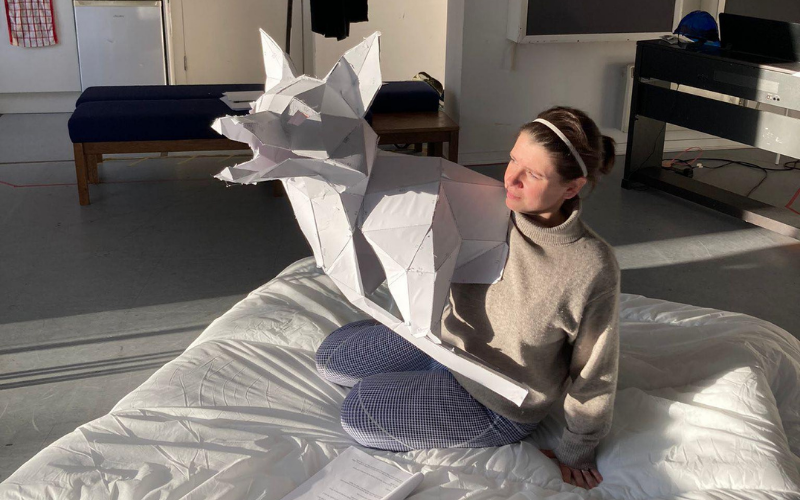 We are bringing together live action, shadow puppetry and hand/rod puppets to add a bit of theatrical magic to the show.

Lori Hopkins is a puppeteer based in London, specialising in theatre-making for young audiences. She's worked with Little Angel Theatre, Polka Theatre, Royal & Derngate and Bamboozle Theatre. When she's not performing, she works with Shakespeare's Globe as a Practitioner and Puppetry Consultant.

Images: Nathan Queeley-Dennis and Fiona Drummond in rehearsals for PINOCCHIO at the Orange Tree