Safiyya Ingar and Anoushka Chadha will appear in the world premiere of Sonali Bhattacharyya's play TWO BILLION BEATS, directed by Nimmo Ismail. The play previews from 5 February 2022 and will also be live-streamed on 24 February. 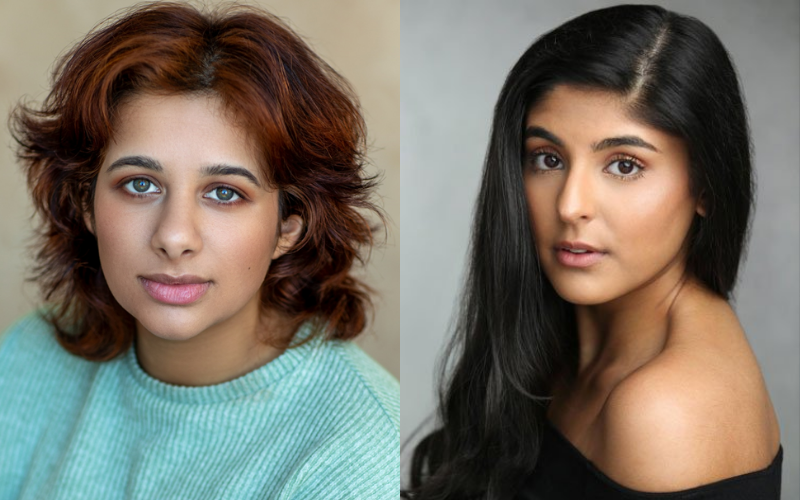 Seventeen-year-old Asha (Safiyya Ingar) is an emphatic rebel, unafraid of pointing out the hypocrisy around her but less sure how to actually dismantle it. Her younger sister, Bettina (Anoushka Chadha), wide-eyed and naïve, is just trying to get through the school day without getting her pocket money nicked. Between essays, homework and bus journeys home the two sisters meet outside the school gates each afternoon, smarting at the injustice of the world around them.

Bouncing with wit, Sonali Bhattacharyya’s mesmerising new play is an insightful, moving and tremendously funny coming-of-age story about the unfairness of growing up in a world where you don’t make the rules, directed by Nimmo Ismail. Originally presented as a short play as part of the OT’s Inside/Outside livestreams in 2021.

The Stage said of TWO BILLION BEATS as part of Inside/Outside: “In Bhattacharyya’s entertaining play, two teenage sisters negotiate the battlefield of school while learning about the political battlefields of the past.”

Anoushka Chadha's theatre credits include NW Trilogy (Kiln Theatre), The Show Must Go On! (MZG Theatre Productions), Our House and Me and My Girl (Urdang Academy). Television credits include Doctors (BBC), Extinction (Sky), Inside: Channel 5 (Channel 5) and Unforgotten (ITV).