Cast announced for the livestream of INSIDE

We're excited to announce the cast for our very first livestreamed show direct from the Orange Tree auditorium into your living room next week from 25 - 27 March.

INSIDE is made up of three new short plays plays commissioned specially by the OT, and curated by our Literary Associate Guy Jones (director of Out of Water and Mayfly). 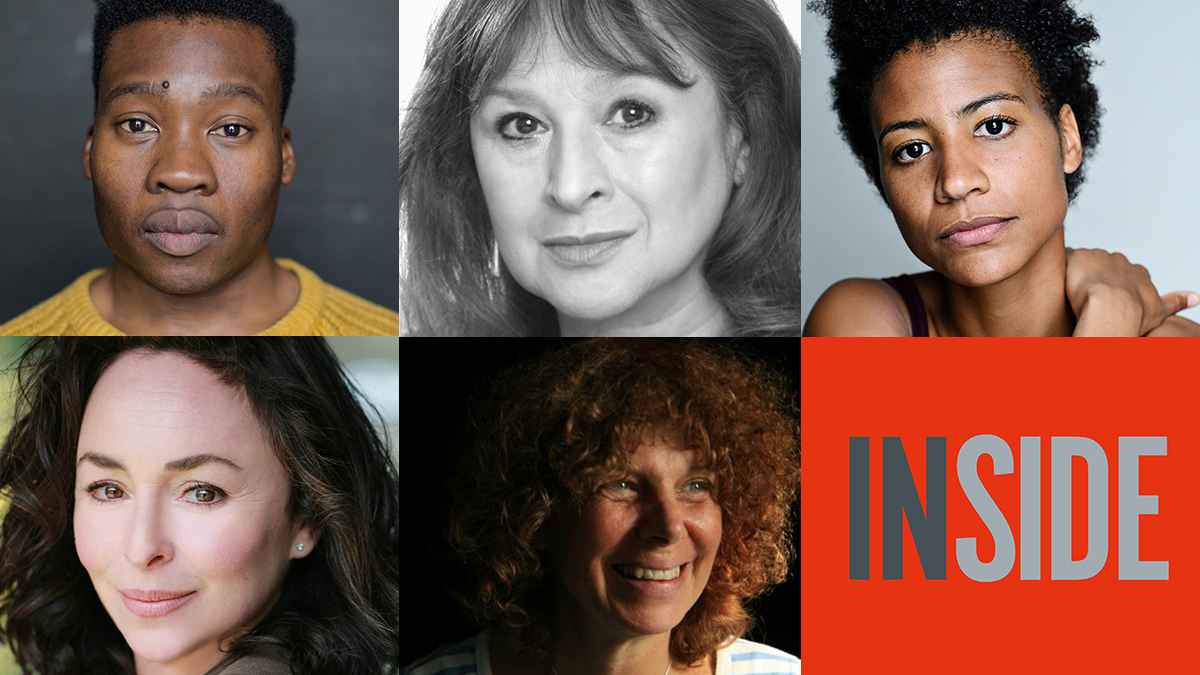 Deborah Bruce's Guidesky and I will feature double Oliver Award winner Samantha Spiro. Most recently in the West End she appeared in Lady WIndermere's Fan. She won her Oliviers for Hello Dolly! and Sondheim's Merrily We Roll Along, and has recently been seen in Netflix's Sex Education.

Joel Tan's When the Daffodils features Ishia Bennison whose numerous RSC credits include Romeo and Juliet, The Merry Wives of Windsor and Candide. She has also appeared in the acclaimed BBC dramas Happy Valley and Last Tango in Halifax. Joining her is Jessica Murrain who has appeared in Macbeth at Shakespeare's Globe and Peter Pan for the National Theatre, as well as a recent filmed production of Romeo and Juliet.

Joe White's Ursa Major features Fisayo Akinade who recently appeared in Romeo and Juliet, The Antipodes, Antony and Cleopatra and The Barber Shop Chronicles at the National Theatre, as well as the film of The Personal History of David Copperfield. He's joined by Sasha Winslow, who has directed theatre all over the world and has worked in the community with the Young Vic and Southwark Playhouse. She's also an active member of Cardboard Citizens, the theatre company for people who have lived experienced of homelessness.

INSIDE is directed by Anna Himali Howard (I Wanna Be Yours at the Bush and A Small Place at the Gate) and is designed by Shankho Chaudhuri (Living Newspaper at the Royal Court). The lighting designer is Jessica Hung Han Yun (Dick Whittington at the National Theatre and Fairview at the Young Vic) and the sound designer and composer is Anna Clock (Crave at Chichester). The production is filmed by The Umbrella Rooms.

Presented over two events: INSIDE and OUTSIDE, witness stories of estrangement and loneliness; of connection and redemption; from despair in confinement to hope found in life outdoors. You can save 20% by booking for both at the same time (on tickets priced £15 or higher). There are also captioned and audio-described performances available for each.