"This prize-winning American play by Emily Schwend is the latest hit in an astonishing run of form for the Orange Tree" Fiona Mountford, Evening Standard

Like I gotta lose just about everything I used to like about myself just so I can keep shit even halfway decent for everyone else around here.

Amber is juggling two nearly full-time jobs and three kids. Her on-again, off-again husband Chris is eternally optimistic and charming as hell, but rarely employed. The house is falling apart and Amber has an eight-yearold’s birthday party to plan.

As Amber struggles to keep things from boiling over, she is forced to confront reality – she is a stranger to the person she once was and the person she thought she might be.

"Brings an unpatronising candour to its graceful, low-key depiction of life in breadline America." Maxie Szalwinska, The Sunday Times

"The political and dramatic significance of Schwend’s play lies in texture, rather than incident. In common with writers such as Annie Baker, Alexander Zeldin and Barney Norris, she concentrates on the minutiae that make up the quality of life for her characters." Sarah Hemming, FT

This is the European premiere of the work of one of America’s most exciting emerging playwrights.

Read our Q&A with Emily Schwend about writing Utility

In the Evening Standard, Emily features in 'American Playwrights you need to know about'

“Emily Schwend offers a close, unblinking look at a moment in the life of a woman who’s treading water as fast as she can, trying to keep her family afloat.” Laura Collins-Hughes, The New York Times

Caitlin McLeod is Artistic Director of new writing company The Coterie (originally funded by a Sky Academy Scholarship) and was one of the original Old Vic 12. She has previously directed at Hampstead, The Yard, HighTide, the Almeida and the Globe.

"It takes place in the family kitchen, which is like a fifth character in the play, present throughout and telling us as much about these characters and their lives as the words they speak." Read an article with Designer Max Johns 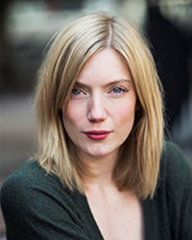 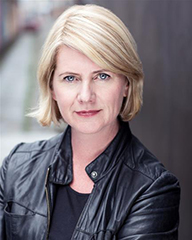 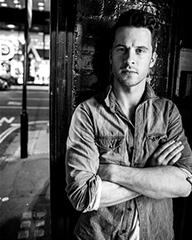 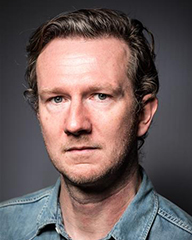