Derek Jacobi will take to the Orange Tree stage in our series of discussions with our most distinguished actors talking about people they’ve worked with, admired and learned from. A celebration of British theatre’s history and its especially collaborative nature, it will be an unrivalled opportunity to see great artists talk up-close in the Orange Tree’s unique in-the-round space. It follows hugely successful Under the Orange Tree talks with Dames Judi Dench, Maggie Smith and June Whitfield. OT Ambassador Gyles Brandreth returns to host.

The Under the Orange Tree series helps the OT - a registered charity - achieve the £450,000 it needs to fundraise every year in addition to ticket sales. Proceeds from the event will support all aspects of the Theatre's activities: from producing rediscovered plays, to developing new work, to introducing thousands of primary school children to Shakespeare for the first time.

Gyles Brandreth: “I’ve admired Derek Jacobi since I first saw him as one of the founder members of Laurence Olivier’s original National Theatre Company at the Old Vic in 1963.  I’m looking forward so much to talking to him about Olivier and the other great stars he has worked with over the years. I’m looking forward to hearing more about his award-winning Cyrano de Bergerac, his record-breaking Hamlet, his appearances on TV and film, from Brother Caedfel to Last Tango in Halifax. He has had an extraordinary career and he is an extraordinary and delightful man. We might avoid his controversial views on who really wrote Shakespeare. Or not.  I know it’s going to be a memorable and very special occasion. And there will be a chance for the audience to quiz Derek, too. To turn a phrase, he’s a knight to remember!” 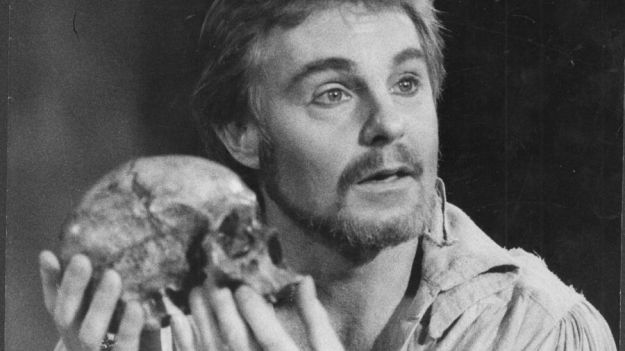